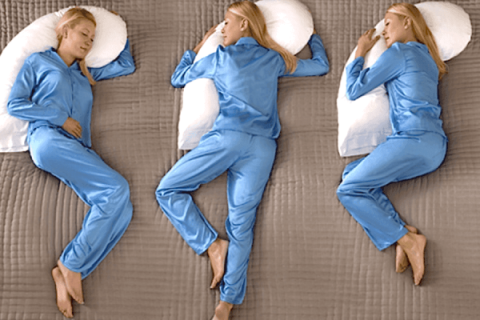 The struggles of soldiers returning from duty manifest themselves in a variety of different ways. Of increasing concern in the medical community is the number of growing veterans suffering from sleep apnea (SA). Whether you know someone who has served in Afghanistan, Iraq, or foreign soil somewhere else, returning veterans need and deserve our attention and help.

Although many show the scars of physical injury, countless more veterans bear silent scars. Sleep apnea and its symptoms are devastating for our returning war heroes during their civilian life readjustment period.

Learning how to stop snoring is a process that differs from person to person. Some may need extreme medical intervention, while others may find that nose strips, sleeping pillows, or other snoring aids are all they require.

What is sleep apnea? 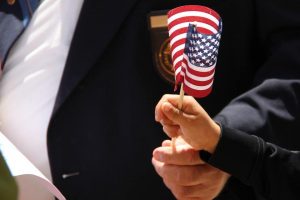 Sleep apnea is a common ailment in which the sufferer has shallow breathing, one or more pauses in their breathing during sleep, or both. The pauses in breathing last anywhere from a few seconds to more than minutes. When normal breathing resumes, a choking sound or loud snort-like noise accompanies it.

This chronic condition disrupts normal sleep cycle patterns. Each time breathing becomes shallow or pauses, people are pulled out of their deep REM sleep into a light sleep from which they are easily awakened, typically numerous times during the night, even if they are not aware of it.

These interruptions in the sleep cycle result in a reduced quality of sleep making people tired and irritable during the day. According to sleep study experts, sleep apnea is a leading cause of extreme daytime drowsiness.

Why are veterans more at risk?

According to the U.S. Department of Veterans Affairs (VA), five out of every one hundred civilians are diagnosed with sleep apnea in the general population – compared to one out of every five war veterans. In the two-year period between 2008 and 2010, there was an increase of 61% in the number of veterans receiving medical benefits linked to sleep apnea.

Over 90% of veterans with post-war issues have sleep disturbances. According to one sleep expert, the frequency of sleep apnea is unequal to its treatment. If you are a veteran with sleeping problems, the chances are good you have undiagnosed sleep apnea.

Although there is a link between obesity and sleep apnea, veterans are four times more likely to suffer from sleep apnea than non-veterans. However, a significant contributing factor to veterans consistently suffering from this condition is the smoke and dust exposure troops live with daily while they are overseas serving in our military.

Why is sleep apnea considered a disability?

Awareness is on the rise, and increasing numbers of people are learning about sleep apnea and how vital it is to be treated and appropriately diagnosed. Since the patient can stop breathing anywhere from a few seconds to a few minutes numerous times per hour during the sleep cycle, many are unable to perform regular work duties where they draw a paycheck.

Many veterans believe they cannot receive veterans’ disability benefits for sleep apnea. Numerous aspects of any veteran’s military service can lead to the advancement of this serious disorder.  It may also lead to a multitude of other medical problems, including death.

Currently, only one out of every four veterans with a claim for sleep apnea is successfully granted benefits by the Veteran’s Association.

It is the severity of each claimant’s condition that determines their disability rating. They are awarded in ten percent increments, from zero to one hundred percent. The following is the rating schedule as of spring 2016:

There are two types of sleep apnea, obstructive and central. In obstructive sleep apnea, the airway becomes blocked or collapses during sleep. This is what causes a person to stop breathing or to breath shallowly. 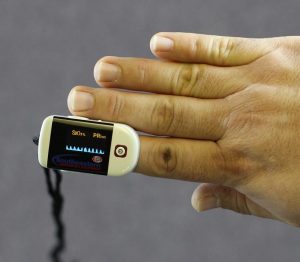 When you try to take a breath, air must move past the blockage in the airway. The loud snoring sound is caused by the small amount of air that manages to squeeze past the obstruction.

Central sleep apnea (CSA) has far fewer sufferers. It occurs when the area of the brain responsible for breathing fails to send the proper signals to the muscles doing the breathing. This results in short periods where there is no effort made by you to breathe.

Anyone can be affected by central sleep apnea. However, it is more commonly diagnosed in people who use certain medicines or have specific medical conditions. There is usually a lack of snoring with central sleep apnea, and it can occur on its own or in combination with obstructive sleep apnea.

The symptoms and signs of central and obstructive sleep apneas overlap, often making it problematic to determine the type of sleep apnea a patient is suffering from. The most common signs and symptoms include:

Sleep apnea often goes undiagnosed. There is no available blood test, and it usually is undetectable during periodic office checkups. Since the condition only occurs during sleep, many sufferers are unaware they even have the disorder. Typically, it is a spouse or family member that notices the disturbances in sleep and the accompanying signs.

The diagnose of sleep apnea is based on family and medical histories, sleep study results, and a physical exam. The primary care physician normally evaluates symptoms before deciding to send you to a sleep specialist.

At the appointment, a doctor will ask questions about your quality of sleep and how you function during the day. They will also want to know how often you make choking or gasping sounds while sleeping, and how often and loudly you snore.

Tell the doctor if anyone in your family has symptoms of sleep apnea or if they have been diagnosed with the condition.

The doctor checks for extra or enlarged tissues in your throat, nose, and mouth, concentrating on the soft palate on the roof of your mouth and the uvula, the tissue hanging at the back of the mouth.

Undergoing a sleep study is the most effective way to diagnose sleep apnea. These tests measure how your body responds to problems during sleep and how well you sleep overall. There are different types of sleep studies done in clinics and sleep labs, but the one doctors choose most often is the polysomnogram (PSG).

Using sensors attached to various parts of the body, such as limbs, chest, face, finger, and scalp, data records while you are sleeping. This data gets reviewed by a doctor specializing in sleep disorders who will then determine whether the patient has sleep apnea, the severity, and possible treatment options.

Some doctors choose to send patients home with a version of the PSG to be done in their bed. The data will be analyzed in the same way, but a more intensive study may need to be completed at the sleep clinic.

Most people don't consider snoring as a warning sign of a potentially serious condition, and not all people who have sleep apnea snore. Untreated sleep apnea may increase the risk of accidents or illness and disease, including:

Sleep apnea requires continuing management. Many people are successfully treated with breathing devices, surgery, mouthpieces, or lifestyle changes, either combined or on their own.

Continuous positive airway pressure (CPAP) is a treatment device used to keep the airway open during sleep. Mild air pressure flows through a tube into a mask which fits over the mouth and nose or over the nose only.

If CPAP is the option chosen by the doctor, the disposable tube and mask and machine will need to be set at specific pressure settings. Data from the machine is recorded every time it is used, and this data is reviewed by medical experts to determine if adjustments in the settings are required.

In order to work effectively, the machine should be used every time the patient sleeps. Although it may take some time to accustom yourself to it, many patients notice an improvement in their quality of sleep, reduced daytime drowsiness, and elimination or reduction of snoring immediately.

What they do not see are the internal benefits from using the CPAP, such as improved cognitive function, a lowered risk of stroke, and control or prevention of high blood pressure.

Using an adhesive, the nasal device is inserted into the nostrils. When you exhale (EPAP), pressure is created with the use of an exclusive MicroValve design, keeping the airway open during sleep. This reduces the pauses in breathing that make sleep apnea such a concerning disorder.

Provent is proven effective in clinical trials for all levels of obstructive sleep apnea, mild, moderate, and severe. Being so small it is portable and requires very little adjustment on the part of the patient.

There are no boundary lines when it comes to snoring – anyone can do it regardless of age or physical characteristics. A specific snoring aid is required for most people learning how to stop snoring. Among the choices available on the market are nose strips.

Among snoring solutions on the market, these products are gaining popularity for their non-invasiveness. When you put nose strips over the nose, the result is an improvement of airflow and opening of the nasal passages.

This causes a reduction or elimination in snoring for many people who try them, generally from the first application. The nose strips are free from medications, disposable, convenient, easy to use, and relatively inexpensive.

A popular snoring aid like Provent, Theravent uses EPAP to reduce snoring and incidences of obstructive sleep apnea. Once the adhesive bandage is placed over the nostrils, the air vents open as you inhale. During exhalation, the vents partially close, forcing the breath out to be slower than normal.

With the airway in the nasal passages being relaxed each time you breathe; the sound of any snoring is significantly reduced.

When it comes to snoring, one of the leading culprits during sleep is relaxed throat muscles. The level of snoring is affected and worsened by the position of your head. Therefore, specialty snoring pillows have been effective for many people looking for snoring solutions.

There are numerous snoring pillows on the market with different claims. The majority will naturally align the spine, customize your lumbar support, and improve airflow during sleep. Others will tilt the head back gently or even sense when your head needs to turn and maneuver you into a proper position.

Along with those listed above, there are many different snoring solutions devices available to try. These include chin straps and mouthpieces such as Zyppah, Zen Sleep Snoring Aid, and Good Morning Snore Solution.

It is critical to your health and well-being that you get a good night’s rest. When this is not happening, you are opening yourself up to higher risks of various illnesses and diseases that can be life-threatening.

If you believe you have some type of sleep disorder, the first step is to speak with your primary care physician to start the diagnosis process. Once you have been diagnosed, then you can begin a treatment plan on how to stop snoring and reduce or eliminate your sleep apnea.

In order to receive disability benefits from the VA, there needs to be medical proof that a condition exists, making it vital to visit your doctor for help. There is assistance out there – and the VA is an integral part of the process. If you have applied for disability benefits and been denied, it is imperative you speak with a lawyer specializing in disability claims for veterans to help you get what you deserve.