If you are a snorer then you have likely heard and read countless times that it affects your sleep quality, which ultimately has an effect on your health. 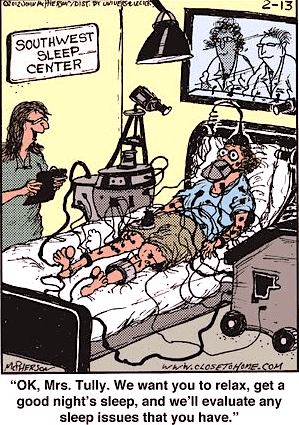 Learning about sleep stages will help you understand why it’s important to find a product that will help you stop snoring. If your snoring is nasal-based, a nasal dilator may work best.

If you snore loudly while sleeping on the back, a Tongue Retaining Device could work best. Otherwise, a comfortable and successful way to stop snoring is by using a Zyppah or SnoreRx.

Of course you know sleep is something you do every night, but what is its purpose? The study of sleep is actually fairly new, which is also why case studies associated with snoring and sleep quality are also pretty current.

In the 1950s, Eugene Aserinsky, a graduate student, used a tool called an electroencephalograph to discover rapid eye movement sleep. Until this point, sleep was thought of as just a dormant position of the day.

We now know that sleep is a phase of the natural body cycle, which is based on a 24-hour period. There are several stages of sleep, and each one has its own characteristics and purposes. In uninterrupted sleep (aka non-snoring sleep), the body flows between the stages to complete 90- to 110-minute cycles all night. This is not the case with snorers.

The average non-snorer gets about two full hours of sleep per night in the deepest sleep stage, but this isn’t the case for snorers. Unfortunately, you need to cycle through all sleep stages continuously for your body to fully recharge. As you learn more about these stages, you will understand why you are so tired in the morning, even after eight hours of sleep.

You’ll also understand why snoring makes it hard to lose weight and why it is so often associated with obesity. Of course, like sleep deprivation, carrying around extra pounds also takes a toll on your health.

Quality of sleep gets divided into two categories. First is subjective sleep quality, and it is the feeling you get from being well-rested after a good night’s sleep. The second is objective quality of sleep.

This is the more scientific variety, and it is determined by professionals by measuring time spent in different sleep phases. The two main contributing factors to results include the number of times a person wakes up throughout the night and the length of time spent in deep sleep stages.

As you are falling asleep, the activity in your body slows down. The small and fast beta waves produced by your brain slow and transition into alpha waves. It is common to experience hypnagogic hallucinations and vivid sensation during this phase, such as feeling like you are falling or believing that you hear someone call your name.

The myoclonic jerk is a common event, which you have probably experienced at some point. Your heart rate, breathing rate, and body temperatures all decrease.

Also known as NREM, N1, or simply “dozing off stages” is where you experience somnolence, or drowsy sleep. This is the transitional phase. Your brain’s alpha waves turn to theta waves, eyes roll slowly, and muscle tone starts to decrease. Although your body has started to relax, it is unlikely that your facial and throat muscles have relaxed to the point where you are snoring yet. The first phase lasts 5 to 10 minutes.

Brain waves begin showing signs of sleep in the NREM2 stage. The brain produces bursts of activity called sleep spindles that are undeniably recognizable on an EEG. If you ever go to a sleep specialist and look at the report of your sleep brain waves, you will easily be able to spot these spindles, as they look like mini earthquakes on the EEG.

In this stage all the muscles in your body fully relax. This is where your tongue collapses into your throat and causes the obstruction that result in your snoring. The average non-snoring adult spends about half their sleeping time in this second stage. Unfortunately, snorers spend a lot more time here than they should.

If your body has to work extra hard just to get oxygen all night, it is not going to let you move onto the next stage. Not to mention, if you are experiencing any apneas, your brain is waking you up to breathe. So, you drop back down to the first stage to start the cycle again.

Not to mention, if you have a partner who gives you an elbow to the ribs or tells you to roll over when you start snoring loud, they have just interrupted your cycle, too. Either way, you could spend the vast majority of the night going back and forth between these two stages.

Sadly, your body does not start to repair and recharge itself until you reach the next stage. Right about now, you probably have an “Aha!” moment, realizing why you need a pot of coffee to get going in the morning.

During NREM3, delta waves emerge, which are very slow brain waves. This is is the transitional period into the deepest sleep stage. Slow wave sleep is suggested to be the most restful stage. This is a restorative period.

There is an increase in blood supply to your muscles and tissue growth and repair take place. Energy is restored and hormones are released that are responsible for growth and development. This is also the stage where parasomnias occur, such as sleep walking, night terrors, Somniloquy, and nocturnal enuresis.

During an uninterrupted sleep cycle, you should reach the fourth stage in about 90 minutes. You only stay in it a short time, but the time lengthens with each cycle.

If you are constantly being awaken throughout the night because of your snoring then you are rarely going to spend an adequate amount of time in this stage. You may also be interested to know that the brain consumes more oxygen during this time than when you are awake.

So, if you have an obstruction causing snoring and decreasing your oxygen supply, there is little chance the brain is getting the oxygen it needs, unless it is stealing from other body components.

During REM sleep, your eyes dart back and forth. Muscles are turned off and energy is generated for the brain and body. This is the phase where most calories are burned.

This stage contributes to a healthy immune system. It also helps regulate leptin and ghrelin, two hormones that control your appetite by providing feelings of fullness when you eat. This is the reason why sleep deprivation leads to weight gain; you overeat because your body is full.

REM is also known as the dream stage because this is where the most vivid dreams occur. Despite it being an extremely deep sleep phase you experience paradoxical sleep. Your body is sleeping, but your brain is very alert. This is why you commonly wake up while having a vivid dream.

Since your heart never slows to the point where it should be during deep sleep stages, you are at increased risk for heart disease, high blood pressure, heart attack, and stroke. Poor sleep quality is also associated with type 2 diabetes, tremors, aches, decreased reaction time, growth suppression, headaches, hand tremors, fibromyalgia, seizures, and risk of obesity.

Snoring is not just an obnoxious sound keeping your spouse, roommate, or children up at night. Every night that your body is robbed of its time in deep sleep stages, you are damaging your present- and long-term health.

This is probably pretty disturbing, if you know you have been snoring for many years. Fortunately, the solution very well may be simply finding an anti-snoring device that works for you. Both mandibular advancement devices (MADs) and tongue retaining devices (TRDs) work to keep your air passage clear all night.

This allows your mouth and throat to be in an “awake” position, so the body doesn’t have to fight to get the oxygen it needs. It also eliminates anyone waking you up, so you stop snoring.

You will know when you have found an oral appliance that works for you because you will wake up feeling well-rested and energized. You will begin to feel healthier inside, and you will enjoy the peace-of-mind that comes along with knowing you have decreased your risk for diseases and diminished mental health. 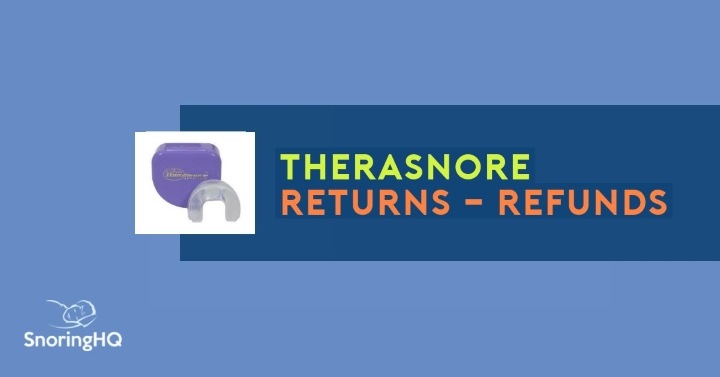 TheraSnore has an average return policy for an anti-snoring device manufacturer. They offer a 30-day guarantee, which enough time to test the device and determine if it improves your snoring. The company does not pay for return shipping charges. For customers living in the U.S., the return shipping costs may be high due to international…

If you have ever wondered how to stop snoring naturally, yoga might be the answer. Strengthening your throat muscles is a key factor in overcoming snoring. The Pranayama school of Hindu yoga teaches regulation of breath through techniques and exercises that increase circulation, increase lung capacity, and strengthen the muscles that surround your throat. By… 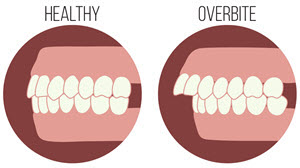 If you have an overbite, it could be the cause behind your snoring. Many people are surprised to learn that their overbite is the culprit behind their poor sleep quality and that it could cause them to snore. Something as simple as wearing a snoring mouthpiece could stop you from getting elbows to the ribs… 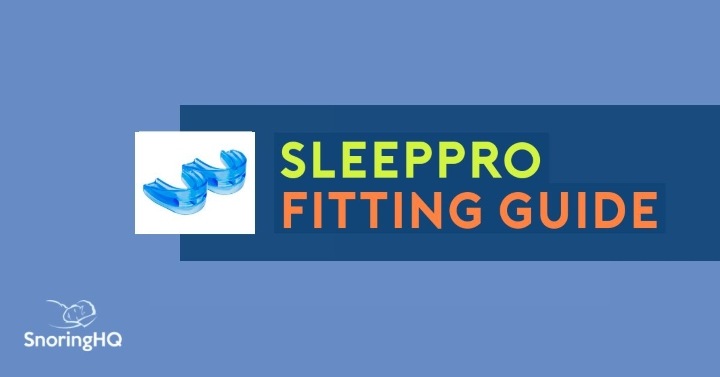 If you order a SleepPro Custom the product will get made in a laboratory. If you order the Easifit it will get molded at home using a boil-and-bite process. It may sound a little intimidating, but rest-assured that the process is actually quite simple. All you need is a pot to boil water, a slated…

You can access a wide variety of snoring solutions on the market. There are products to suit a broad range of preferences and budgets. This includes everything from nasal strips and dilators through to nasal sprays and devices. One device that can provide effective relief from snoring is Theravent Advanced Nightly Snore Therapy. About Theravent…

Obstructive sleep apnea is a common medical condition that affects many people. It is a potentially serious sleep condition which causes you to repeatedly stop and start breathing while sleeping. These pauses can last from seconds to minutes and decrease the amount of oxygen you have in your body. Ultimately, this can have harmful consequences…